July 3 is quite a historic day in cricket history, for it marks the birthday of two big names in the sport – one of who went on to become a true legend of the sport and another who fell just short of achieving greatness.

July 3 is quite a historic day in cricket history, for it marks the birthday of two big names in the sport – one of who went on to become a true legend of the sport and another who fell just short of achieving greatness. We are talking about Sir Richard Hadlee and Harbhajan Singh. This day in history also saw two of the most astonishing match-winning Test knocks played under the most extraordinary of circumstances. One of them was played by West Indies’ Gordon Greenidge and other by England’s Alex Tudor. Here’s more about the players and matches in detail.

Sir Richard Hadlee: He is undoubtedly the greatest cricketer to have come out of New Zealand cricket, one of the game’s finest fast bowlers apart from being one of the quartet of great all-rounders in the 1980s. It was Hadlee who lifted a mediocre New Zealand side to unprecedented heights, and not surprisingly was the first bowler in Tests to breach the 400-wicket mark. Hadlee’s record speaks for itself – 431 wickets in Tests averaging 22 and 158 wickets in ODIs averaging 21.5. In addition, he scored over 3000 runs and more than 1700 in one-dayers. There can never be another like him. 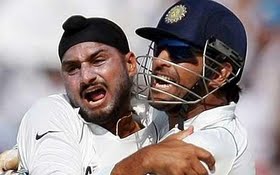 Harbhajan Singh: The Indian offie, who is currently out of the reckoning, could have been a great in his own right, but won’t be remembered as one since, over the last few years, his bowling has been constantly on the downslide. The guile in Harbhajan’s bowling seems to have disappeared, which is why he struggling make a comeback into the Indian squad. His figures reflect his struggles. There was a time when Harbhajan averaged in the 20s both in Tests and ODIs, but his current stats show that he is averaging well over 30 in both formats of the game –413 wickets at 32.2 in Tests and 259 scalps at 33.4 in ODIs. Sadly, he could never repeat heroics of the 2001 Test series against Australia.

Gordon Greenidge: The West Indian legend was injured, and was literally batting on one leg when he took strike as the Windies were asked to chase a daunting 342 by England in the Lord’s Test of 1984. Greenidge’s reply was nothing short of astounding. He flayed 29 fours and two sixes en route to his unbeaten 214, which came off only 242 balls, leaving the English bowlers consisting of Botham, Willis, Derek Pringle and Neil Foster clueless. Thanks to Greenidge’s genius, West Indies romped home to an easy nine-wicket win.

Alex Tudor: A prodigious talent, Tudor couldn’t live up to his reputation at the international level. But, the fast bowler, whose career was marred by injury, will always be remembered as the nightwatchman who guided England to victory during the 1999 Test against New Zealand at Birmingham. England were chasing 208 to win the Test, and Tudor crunched 99 of those, remaining unbeaten on that score having 21 fours in 119 balls. It remains among the most incredible knocks played by a nightwatchman in Tests.