Former WI skipper Darren Ganga laments the shabby state of West Indies skipper at present, and feels that the current side does not have any role model

Former WI skipper Darren Ganga laments the shabby state of West Indies skipper at present, and feels that the current side does not have any role model to inspire the current generation.

Ganga’s comments come just a couple of days after Carl Hooper blamed IPL for Windies’ decline. “When I played my first Test in South Africa in 1998 I played with Ambrose, Walsh, Lara and Hooper, and there was still a lot of pride. Now the young players in this team do not have anyone like that in a position of having been there and done that," Ganga told the Indian Express. 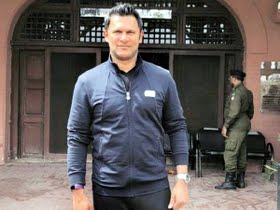 He went on to add, "It's very hard to mature in an environment where you're not winning. That's the kind of depreciation that took place from the 1990s to now. Who does a Shai Hope look to for guidance? Who does Shannon Gabriel turn to when his back is against the wall when his fellow pacers have played 2 Tests between them?”

West Indies were thrashed by an innings inside three days in Rajkot.