Australia survived a blazing innings from Rashid Khan (48 not out off 23 balls) to beat Afghanistan by four runs in match number 38 of the ICC Men’s T20 World Cup 2022 at the Adelaide Oval on Friday, November 4. With the win, the Aussies kept their semi-final qualification hopes alive. If Sri Lanka defeat England on Saturday, Australia will finish in the top two and progress to the next round from Group 1 with New Zealand, who have already qualified.

Chasing 169, Afghanistan stumbled after a good start and seemed down for all money at 103 for 6. However, Rashid slammed three fours and four sixes to bring the game to life. In the end, Afghanistan fell just one big hit short of glory.

Batting first after losing the toss, Australia put up a middling total of 168 for 8. The Aussies were led by Matthew Wade in the game since Aaron Finch was unfit. They made a few other changes as well. One of their selections, Cameron Green, feel cheaply for 3. David Warner looked good, but was bowled for 25 off 18, attempting a switch hit off Naveen-ul-Haq. Steven Smith (4) also fell to the same bowled a Australia lost three in the powerplay. 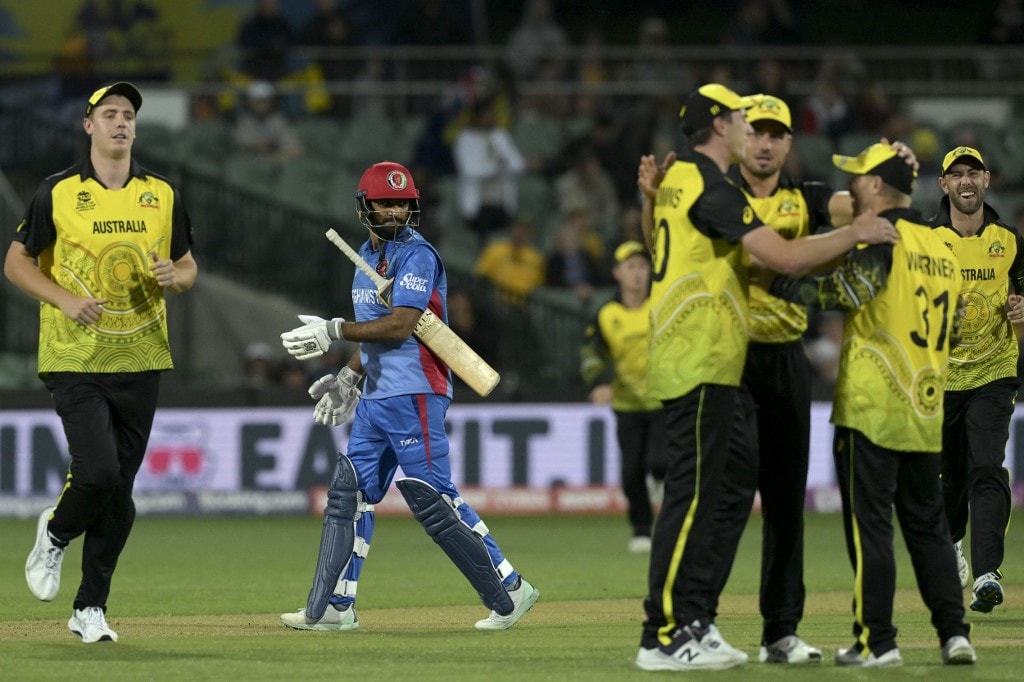 Mitchell Marsh (45 off 30) and Glenn Maxwell (54* off 32 balls) lifted Australia. The former struck three fours and two sixes before top-edging a sweep off Mujeeb Ur Rahman. Maxwell brought out his range as well, striking six fours and two maximums to lift the Aussies to a decent total. All-rounder Marcus Stoinis also chipped in with 25 off 21.

In the chase, Afghanistan lost Usman Ghani for 2 to Josh Hazlewood. Rahmanullah Gurbaz played a few hard-hitting strokes before being dismissed by Kane Richardson for 30 off 17. Gulbadin Naib and Ibrahim Zadran added 59 for the third wicket to keep Afghanistan alive in the chase. However, they lost three wickets in one over to sink.

After the close win, Player of the Match Maxwell praised Afghanistan and said, “Afghanistan played really well, they struck the ball really cleanly. At the start, they put us under pressure in the powerplay. We were able to hold them back but then there was some pretty clean hitting towards the back end and gave us a bit of a scare.”