Tino Best creates new record for the highest individual score for a no.11 in Test Cricket

List of Highest Scores batting at no.11 in Test Cricket

West Indies fast bowler Tino Best yesterday created a new record for a no.11 batsman when he scored an incredible 95 at Edgbaston in Birmingham in the Third Test against England. Best overhauled the previous best of 75 held by India’s Zaheer Khan. Walking in with West Indies at 283 for 9, Best batted for 138 minutes alongside centurion Denesh Ramdin (107*) to lift West Indies to 426. 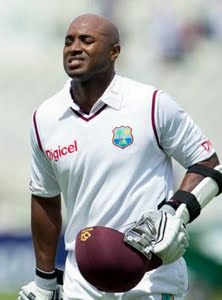 Although there wasn’t much time left for England in this Test because of two full days wash out, West Indies were in the slight danger of giving the hosts an opportunity to win with a modest first innings total. However, Best didn’t let that happen by putting up a crucial stand of 143 runs with Ramdin and in the process eating significant time in the match. Best finished with 95 from 112 balls with 14 fours and a six. Graham Onions denied him a maiden Test century by foxing him with a slower one.

This is also the 30-year-old Tino Best’s career best score and also only a maiden half century in international cricket. His previous highest test score was just 24 and prior to this 95 at Edgbaston, he had just the one first-class fifty to his name.

Well let’s take a look at the highest scores in Test Matches recorded by a no.11 batsman (restricted to half centurions):