1. After suffering a poor form since his 100th ton against Bangladesh early this year, on Wednesday, Sachin Tendulkar crossed yet another milestone of 34,000 runs. He needed two runs to cross the mark when he came out to bat against England in the Third Test at the Eden Gardens, Kolkata. He is 6500 runs ahead of the recently retired Australian great Ricky Ponting. 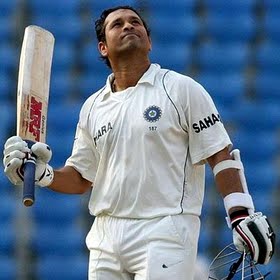 3. Jacques Kallis is the third highest run scorer in the world. In the 504 matches that he has played, Kallis has scored 25,144 runs since his debut in 1995. He has scored 146 half centuries and 61 centuries.

5. Sri Lankan cricketer Mahela Jayawardene has 22,708 runs. His highest is 374 runs and has played 565 matches for his team so far.

6. West Indies cricketer Brain Lara has 22.358 runs and has scored 53 centuries. He is the record holder for scoring most runs (400 not out) in a Test match and has played just 430 matches.

7. Kumara Sangakara is the sixth highest run scorer in the world with 21,888 runs. He playing 493 matches for Sri Lanka. His highest score is 287 and has played for his team since 2000.

8. Sanath Jayasuriya holds the record of being the eighth highest run scorer with 21,032 runs. He debuted for Sri Lanka in 1989, the same year as Sachin Tendulkar and called it quits last year.

9. Former Pakistani skipper Inzamam Ul Haq is the 9th highest run scorer in the world. He has 20,580 runs in his career that spanned over 16 years. He retired from international cricket in 2007 after playing 499 matches for Pakistan. His highest is 329 runs.

10. West Indian batsman Shivnarine Chanderpaul is the 10th highest run scorer in the world. He has scored 19,817 runs for his country since his debut in 1994.