Defending champions Chennai Super Kings and Mumbai Indians have been drawn in Group A of the 2011 Champions League T20 tournament that will be held from September 23 to October 9, it was announced on Thursday. 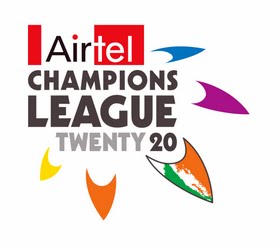 Defending champions Chennai Super Kings and Mumbai Indians have been drawn in Group A of the 2011 Champions League T20 tournament that will be held from September 23 to October 9, it was announced on Thursday.

As many as 13 teams have the chance to go for Champions League T20 glory this season with seven teams already divided into two groups and six more competing for three remaining places in a pre-tournament playoff.

According to the schedule, the pre-tournament six-team qualifying event will be held at Hyderabad from September 19 to 21. Three winners from this round will join the seven teams in the main tournament that will run from September 23 to October 9. The matches have been scheduled in Chennai, Bengaluru and Kolkata.

For the qualifying tournament, the six teams that includes IPL side Kolkata Knight Riders, will be divided into two pools and the top team from each pool qualifies for the group stage, with the third team to be the next highest ranked team based on points and then net run rate.

For the main tournament, the 10 teams will be divided into two groups for a round robin phase before the top two teams from each group progress to the Semi Finals.

The two semi-finals will be held on October 7 and 8 at Bengaluru and Chennai, respectively. Chennai will also host the final on October 9.

Defending champions Chennai Super Kings have been drawn in Group A along with Cape Cobras (South Africa's Pro20 Series Champions), 2009 CLT20 Champions NSW Blues and Mumbai Indians. The fifth team from the group will be the team that finishes top of Pool B in the Qualifier.

Group B contains Royal Challengers Bangalore (2010 IPL Runner-Up), Warriors (2010 CLT20 Runner-up) and South Australian Redbacks (Australia’s Twenty20 Big Bash Champions). The remaining two places will come from the Qualifier (the top of Pool A and the next highest qualifier).

The tournament starts in Bengaluru on September 23 with a Group B clash between Royal Challengers Bangalore and Warriors at M Chinnaswamy Stadium, the second time that the venue has hosted the CLT20 opener.

Royal Challengers Bangalore is also the only team to have qualified for the past three tournaments while their opponent was the surprise of last year's event, using its home ground advantage in Port Elizabeth to great effect in the group stage on their way to the Final.

Group A action gets underway the following day with a double header in Chennai with Cape Cobras and NSW Blues in the early match followed by an IPL battle between MS Dhoni's all-conquering Super Kings and Sachin Tendulkar’s Mumbai Indians.

Teams that emerge from the Qualifier won't start their group stage matches until 25 September, giving them time to regroup and prepare for their campaign.