Kallis scores a 150 in his 150th Test to put Proteas in command: SA Vs SL, Day 1, Third Sunfoil Test at Cape Town

South Africa finished the opening day’s play in the 3rd Test at Cape Town at an intimidating 347 for 3 in 90 overs. Jacques Kallis stayed unbeaten on 159 which has come in 215 balls with 21 fours and a six.

South Africa finished the opening day’s play in the 3rd Test at Cape Town at an intimidating 347 for 3 in 90 overs. Jacques Kallis stayed unbeaten on 159 which has come in 215 balls with 21 fours and a six. AB de Villiers is at the crease along with him on an unbeaten 45 (from 92 balls with 6 fours).

The only casualty for the Proteas in the final session was that of opener Alviro Petersen who finished with 109 from 188 balls with 13 fours and a six. This is Alviro Petersen’s 2nd Test century of his career. 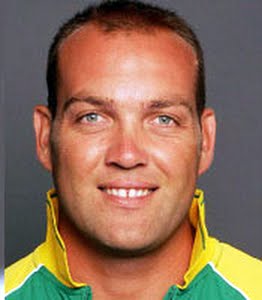 South Africa are sitting in a supreme position of 236 for 2 in 54 overs at Tea following a flat batting session in the afternoon. The hosts did not lose a single wicket in the 27 overs bowled in the post lunch session. This was after Sri Lanka had won the toss and asked South Africa to bat first in the Third and deciding Sunfoil Test at Newlands, Cape Town.

Jacques Kallis who bagged a pair in the Durban Test went onto register his 41st Test hundred. He is batting on 103 from just 118 balls with 7 fours. Kallis has so far put up a huge partnership of 180 runs for the unbroken third wicket with opener Alviro Peterson who is on 99* (from 161 balls with 12 fours and a six). This pair got together with South Africa in trouble at 56 for 2 with Dhammika Prasad removing Skipper Graeme Smith (16) and Hashim Amla (16) cheaply.

South Africa as expected made two changes to their side with Alviro Petersen and Vernon Philander taking the places of Ashwell Prince and Marchant de Lange. Sri Lanka on the other hand also made two changes with Lahiru Thirimanne and Dhammika Prasad replacing Tharanga Paranavitana and the injured Dilhara Fernando.