Javed Miandad, former Pakistan captain and a senior PCB official, is in favour of having the National T20 Championship shifted from Lahore to Karachi due to the dengue fever outbreak in the Punjab capital.

JavedMiandad, former Pakistan captain and a senior PCB official, is in favour of having the National T20 Championship shifted from Lahore to Karachi due to the dengue fever outbreak in the Punjab capital. 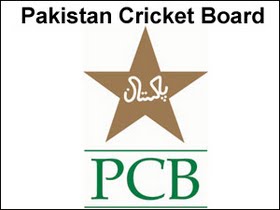 Sources close to the former captain said that Miandad, who is unhappy with the working of the Board and its Chairman, Ijaz Butt has started maneuvering to get the championship shifted from Lahore.

"Basically Miandad is upset with Butt and is not supporting the Board's stance that the championship should be held on schedule in Lahore from September 25 despite the dengue outbreak," one source said.

He said Miandad, who is Director General (cricket) in the Board has already started garnering support from the affiliated regional associations, taking part in the event and also from his contacts in the government.

"Miandad is doing everything within his power to convince the affiliated units to also convey their reservations to the Board over having the event in Lahore at a time when the dengue fever outbreak has already claimed 41 lives," a source said.

The Board has been steadfast in its stance that it had been assured by the Punjab government that the tournament can be held in Lahore without any issues and that there would be proper precautionary measures taken to keep the players safe.

Sources said Miandad is planning to bring up the issue during a planned meeting with President Asif Zardari, who has invited different sportsmen and women and officials including the PCB Chairman for a meeting to discuss plans to organise charity matches for the flood victims in Sindh.

On Monday some former players also advised the Board to not have the national T20 event in Lahore as they felt that because of the dengue fever outbreak players would not able to focus on their cricket.

Miandad is presently on a war path with the Board and recently criticised them publicly saying that 90 percent of the decisions taken by the PCB were faulty and damaging the sport in Pakistan.

Miandad has not yet responded to the show cause notice issued to him by the board for violating his terms of employment.

The board finally issued a press release earlier confirming the change in the venue.

The event would now be held from September 25 to October 2 at the National Stadium in Karachi, the release stated.