Bangladesh crash out to put India, England in Quarter Finals

A formidable South Africa thrashed co-hosts Bangladesh by 206-run in their final group B encounter of the World Cup at the Sher-e-Bangla National Stadium in Dhaka on Saturday.

A formidable South Africa thrashed co-hosts Bangladesh by 206-run in their final group B encounter of the World Cup at the Sher-e-Bangla National Stadium in Dhaka on Saturday.

Bangladesh thus bow out of the competition with the second worst net run-rate among the seven teams.

Chasing a stiff victory target of 285, Bangladesh were shot out for a paltry 78 in 28 overs. This was Bangladesh's second score of less than 100 after they were bowled out for 58 against West Indies in an earlier group league game.

After their 284 for eight in 50 overs was aided by three half-centuries from Hashim Amla (51), Jacques Kallis (69) and Francois du Plessis (52), Lonwabo Tsotsobe (3/14) blazed through the top-order, picking up Tamim Iqbal (5), Imrul Kayes (4) and Shahriar Nafees (5) before Smith took a great low catch off Robin Peterson's first ball to dismiss Mushfiqur Rahim (3) as the Tigers plunged to 36 for five in the 16th over.

The procession was ongoing and while the crowd sarcastically cheered the team crossing 58 (their score against West Indies), the hopes of a fight ended when skipper Shakib Al Hasan edged one to Morne van Wyk for 30.

Shakib's 30 was the only double-digit score of the innings, Peterson picking up three wickets as the Tigers were crushed out for only 78 all out in 28 overs.

Tsotsobe's first spell ensured that Proteas comfortably topped the group B with 10 points from six games.

South Africa's batting was a proficient routine. Amla, Kallis and Du Plessis picking up solid half-centuries and just as the Bangladesh bowlers almost got the run flow under control, Robin Peterson and Johan Botha snatched away that glimmer of hope with a flurry of boundaries towards the end.

But it was the Graeme Smith-Amla opening partnership that laid the foundation for the big score on a slow and low track.

The two put on 98 for the first wicket, Smith coming back to some form with his steady 45 off 68 balls. There was hardly a ball that found the edge or beat the bat with Shakib desperately shifting his bowlers in a bid to unsettle the pair early on.

Mahmudullah Riyad, the off-spinner, had Smith stumped in the 21st over with Amla following in the next over bowled by left-arm spinner Abdur Razzak.

The fluent knock by Amla had some attractive cover drives, the right-hander making 51 off 59 balls with the help of six boundaries.

After Jean-Paul Duminy gloved one to wicketkeeper Rahim, Kallis and Du Plessis added 87 for the fifth wicket before both batsmen fell early during the third Powerplay.

Kallis was his typical classic self, hammering five boundaries and a six in his 76-ball knock of 69.

Du Plessis too played a solid hand, making a run-a-ball 52 with the help of a six and four boundaries, the two making way for Peterson to smash four boundaries in a short time during his 9-ball 22.

For Bangladesh, Rubel Hossain took three for 56 while Shakib picked up two wickets and there was one each for Razzak and Riyad. 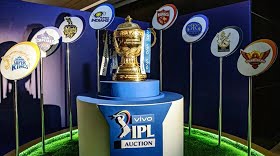