Batsmen with most sixes in one-day cricket

During the course of his 109 in the tri-series opening encounter between West Indies and Sri Lanka, explosive Caribbean opener Chris Gayle became the third batsman in the history of one-day cricket to slam more than 200 sixes. 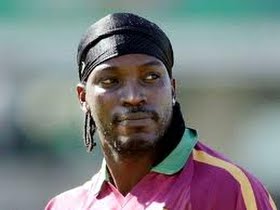 During the course of his 109 in the tri-series opening encounter between West Indies and Sri Lanka, explosive Caribbean opener Chris Gayle became the third batsman in the history of one-day cricket to slam more than 200 sixes. The left-hander blasted seven sixes in his innings against the Lankans at Kingston, Jamaica totake his tally of sixes to 202. With Gayle achieving a significant landmark, we look back at the top ten players with the most number of sixes in one-day internationals.

10. Brendon McCullum: The current New Zealand skipper, McCullum has 147 sixes to his credit in 218 matches. He has played 188 innings during which he has achieved this feat. In addition, McCullum has also hit 443 fours. While his strike rate of 90 is of the top draw, his average of 31 is highly disappointing.

9. Adam Gilchrist: This former Aussie wicket-keeper has slammed 149 sixes in 287 matches. Gilchrist played 279 innings and hit an exceptional number of fours as well –1162. Gilchrist maintained a strike rate of 97 and average of 36.

7. Chris Cairns:Another Kiwi, Cairns has 153 sixes to his credit in 215 matches and 193 innings. Cairns only managed 345 fours at a strike rate of 84 and a disappointing average of 29.

4. Sachin Tendulkar:The Indian legend, Tendulkar slapped 195 sixes in 463 matches, during which he played 452 innings. Till date, Tendulkar is the only batsman to international to have hit more than 2000 fours. He has 2016 fours to his credit. Tendulkar maintained a strike rate of 86 and average of 45 during his ODI career.

2. Sanath Jayasuriya: The former Lankan great slashed 270 sixes in 445 matches and 433 innings. Jayasuriya also slapped 1500 fours during his ODI career. He maintained a strike rate of 91 and average of 32.

1. Shahid Afridi: Expectedly, the Pakistani is at number one having thrashed 308 sixes in 354 matches and 327 innings. While he has 656 fours to his credit and an unbelievable strike rate of 114, his average of 23 is equally poor.