World Cup T20 2016: New Zealand went into the first semi-final against England on a high, having won each and every of their league games, and that too comprehensively.

New Zealand went into the first semi-final against England on a high, having won each and every of their league games, and that too comprehensively. But, in a manner of sorts, it came back to haunt them, as the Kiwis could not bring out their A game in the first knockout clash. As a result, they were knocked out of the World T20. In hindsight, New Zealand may liked to have lost a group match before progressing, as that could have prepared themselves better. England, on the other hand, went through plenty of ups and downs during the course of the league games. The battle-hardened nature of the team came to the fore in a crunch situation at Delhi. 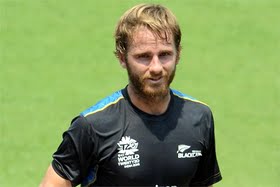 If one looks back at the contest, it would not be difficult to figure out that New Zealand's batting during the second half of their innings cost them the game. At the halfway stage when they were batting, the Kiwis looked set to get close to a score of 180. It was a par score on a batting friendly surface. But, skipper Kane Williamson's dismissal even as he was looking set for a big score, changed the complexion of the game. The well-set Colin Munro also fell soon after going for a big swing. But, the kind of aggressive batsman he is, you do not expect Munro to play a long innings. That was something Williamson could have done adeptly, and Martin Guptill as well, but the latter had a rare failure.

The constant loss of wickets hurt New Zealand's momentum and, in the end, they managed much fewer than they ideally should have. The experienced Ross Taylor was someone the Kiwis would have depended on to get the big hits towards the end. But, he could not make an impact, and Corey Anderson too batted with limited success. The dismissals of big hitters like Anderson and Luke Ronchi completely dented the momentum of the innings. By the time the innings petered to a close, they had fallen way behind in the game.

While New Zealand's batting in the match was definitely disappointing, a lot of it must be attributed to the fact that England were brilliant with the ball in the last 10 overs, and sensational in the last four. They conceded only one boundary in this period, which says a lot about their fight back. Special praise must be reserved for Chris Jordan and Ben Stokes, who were pitch perfect at the death, constantly getting the ball into the block hole. Moeen Ali again proved his value to the team, with a key wicket while keeping things tight. Adil Rashid also did a reasonable job. As a bowling outfit, England outshone the Kiwis overall.

Having not scored too many, New Zealand needed to get off to a wicket-taking start with the ball. Instead, Anderson ended up conceding four boundaries to give England the desired momentum. Jason Roy was absolutely brilliantly, and proved that the selectors were right in backing him even when he wasn't getting the runs. The kind of innings Roy played, was one only a special talent could come up with. In hindsight, it may be stated that Williamson perhaps missed a trick by not bringing on his slow bowlers early. But, that is how the games go. In all the previous matches, his tactics turned gold. At the Kotla on Wednesday, it wasn't to be.