Talks about India’s famous World Cup win will remain incomplete without the mention of the heroes who scripted history after 28 years. There were bunch of performances by Indian players that powered India to the World Cup glory.

Talks about India’s famous World Cup win will remain incomplete without the mention of the heroes who scripted history after 28 years. There were bunch of performances by Indian players that powered India to the World Cup glory.

Here are the five heroes who took India to their proudest cricketing moment:

Yuvraj Singh: The stylish southpaw scored 362 runs and took 15 wickets, winning four Man of Match awards during the tournament. His all-round performances in the tournament won millions of hearts. He was adjudged man of the series for his phenomenal performance.

Sachin Tendulkar: The master left no stone unturned to get his long cherished dream fulfilled. Playing his sixth World Cup of the career, Sachin scored 482 runs that included two centuries and two half-centuries to star in India’s road to the historic victory.

Zaheer Khan: India’s left-arm speedster Zaheer Khan didn’t have a great day during the summit clash against Sri Lanka as he was hammered brutally during the death overs. However, the pacer claimed two wickets to level Shahid Afridi’s figures of 21 wickets in the tournament.

MS Dhoni: His willow remained silent throughout the tournament, only to fire in the final. His match winning knock in the final helped India successfully chase down 275. An adamant ‘Captain cool’ invited criticism from different quarters for picking the playing combination during the entire tournament. However, his entire gamble paid off as India repeated 1983.

Gautam Gambhir: If it was MS Dhoni’s unbeaten 91 that propelled India to final victory, it was Gautam Gambhir’s gritty 97 that laid platform for the historic moment. The Delhi boy didn’t get to bat at his favourite number one position, but still scored 393 runs at an average of 43.66. 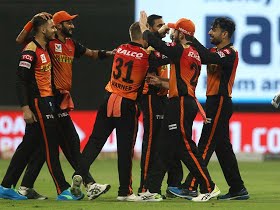