The Pakistan Cricket Board is keen to use the controversial Decision Review System in their upcoming series against Sri Lanka in the United Arab Emirates. 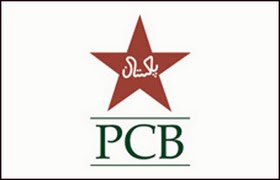 The Pakistan Cricket Board is keen to use the controversial Decision Review System in their upcoming series against Sri Lanka in the United Arab Emirates.

"We are working on ways to have the UDRS in the series with Sri Lanka this year," a senior official of the board told PTI.

Admitting that the biggest problem facing the PCB in having the DRS was the absence of an agreement with its TV broadcaster, Ten Sports on its mandatory use and the extra costs involved in the exercise.

The official said despite these issues, the board was keen to use the DRS specially after the recent decision of the ICC that it be used in Tests and ODIs in a bilateral series with the technology of hot-spot and audio-tracking.

"As far as the use of ball tracking technology is concerned (Hawkeye) this can be used if both boards agree on using this technology although it would mean extra costs for the hosts," the official said.

The PCB official said the board was in favour of using the DRS in the coming series as technology has helped remove errors.

"Our players support this technology. We had even tried to have it for our home Test series with South Africa last year in the UAE but things didn't work out with the broadcaster. But this time we will be holding talks with our broadcasters to see how the technology can be implemented and about the extra costs involved in it," he said.

But the PCB official conceded any use of the technology would be done with the approval of the Sri Lankan Cricket.