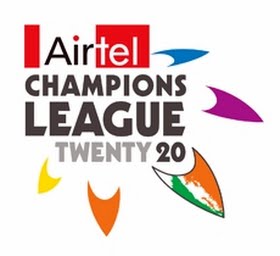 The 10-team CLT20 will follow the same format as 2010 and will be held in Bengaluru, Chennai and Kolkata from 23 September to 9 October. Before the tournament kicks off however, a six-team event will be played in Hyderabad from 19-21 September to decide the final three teams that qualify for the main event.
With six sides in the qualifier and another seven already confirmed as participants in the tournament, a record 13 teams will have a chance to claim the most prestigious prize in domestic cricket.
The two stages are explained below:
Stage I: Qualifier
Venue: Hyderabad
Dates: 19 September - 21 September
A six-team qualifier will be held in Hyderabad from 19-21 September. Kolkata Knight Riders (fourth, IPL), Trinidad and Tobago (Champion, West Indies) and Auckland Aces (Champion, New Zealand) have already been invited to participate, with the teams from Sri Lanka (one) and England (two) yet to be confirmed. The top three teams at the conclusion of the qualifier will advance to the main tournament. The format for the qualifier will be announced soon.
Stage II: 2011 Champions League Twenty20
Dates: 23 September - 9 October
Venues: Bengaluru, Chennai and Kolkata
The top three teams from the qualifier will join three IPL teams, two T20 teams from Australia and two from South Africa in the main event. As in 2010, the 10 teams will be divided into two groups of five, and the top two sides from both groups will play the semi-finals.
Seven high-calibre teams have already been invited to participate – South Australian Redbacks and NSW Blues from Australia, Warriors and Cape Cobras from South Africa, as well as the top three sides from the 2011 IPL, Chennai Super Kings, Royal Challengers Bangalore and Mumbai Indians.
The seven qualified teams are among the elite domestic T20 line-ups. Each has competed in previous CLT20 tournaments, and with the exception of Mumbai Indians, all have reached the semi final stage or better in the first two years of the tournament. The line-ups already contains the 2009 (NSW Blues) and 2010 (Chennai Super Kings) Champions and 2010 Runner-Up (Warriors), showing CLT20 as the true test of world’s elite domestic T20 teams.
Bengaluru will host the inaugural game on 23 September and along with Chennai will host a semi-final. The 2011 CLT20 Final will be played in Chennai on 9 October.
NOTES
Competing Teams
Qualifier
- Kolkata Knight Riders (IPL)
- Trinidad and Tobago (West Indies)
- Auckland Aces (New Zealand)
- Sri Lanka (Team tbc)
- England 1 (Team tbc)
- England 2 (Team tbc)
2011 Champions League Twenty20
- South Australian Redbacks (Australia)
- NSW Blues (Australia)
- Warriors (South Africa)
- Cape Cobras (South Africa)
- Chennai Super Kings (India)
- Royal Challengers Bangalore
- Mumbai Indians (India)
- 3 x Qualifier (Teams tbc)
About Champions League Twenty20
CLT20 is an initiative of the Board of Control for Cricket in India, Cricket Australia and Cricket South Africa. The tournament is a platform where the world’s best domestic T20 teams get the opportunity to pit their cricketing skills against each other. The tournament is broadcast around the world by ESPN Star Sports, who is also the commercial rights holder for the event.
2009 Champion – NSW Blues
2010 Champion – Chennai Super Kings